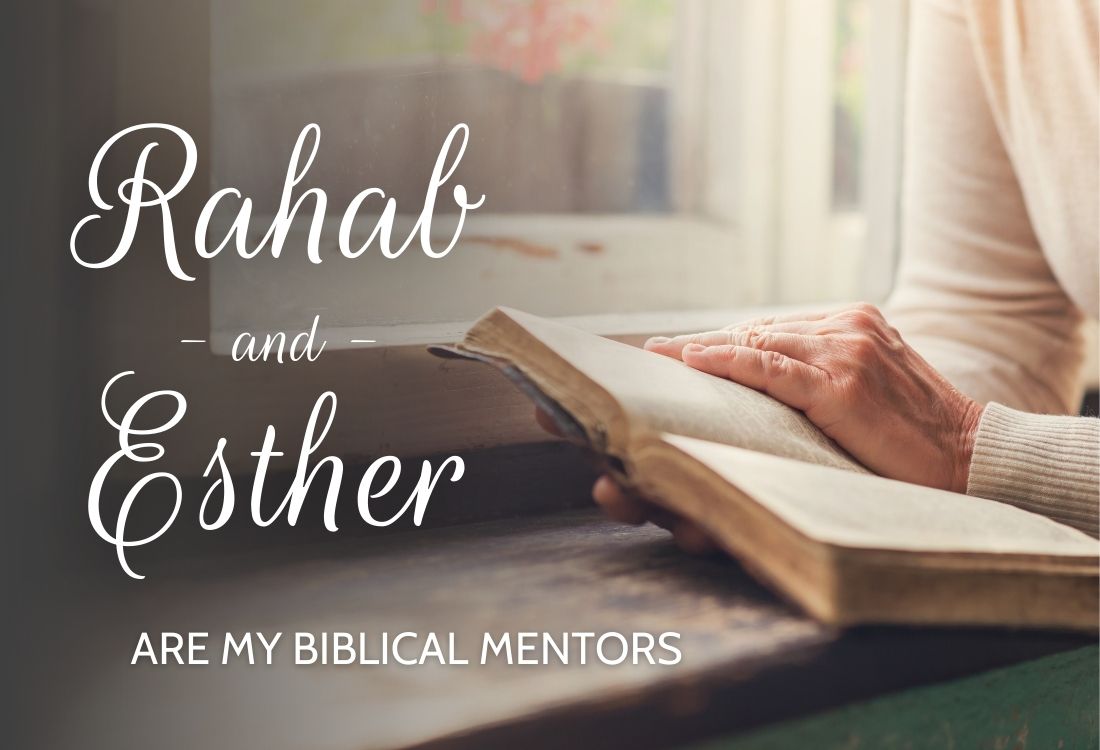 She was a social and resourceful person who analyzed people and situations accurately. A perceptive, clever, and industrious individual, who was devoted to her family and saved them from destruction.

Spiritually, she was a faithful and trusting servant of God. She is one of just four women listed in Jesus’ genealogy in Matthew. Additionally, she was only one of two women mentioned in the faith chapter found in the book of Hebrews.

This unlikely queen would probably have been a great chess player because of her natural instincts when it comes to tactical planning. Also, an advocate for justice and she summoned courage when needed. Her relationship with her servants indicated a thoughtful person who treated others respectfully.

Spiritually, she took advice from spiritual mentors and prepared for challenges through prayer and fasting.

Want to learn more about Esther? She is one of two women who has an entire book in the Bible dedicated to her life. You can find it in the Old Testament. It is a fun and exciting read. 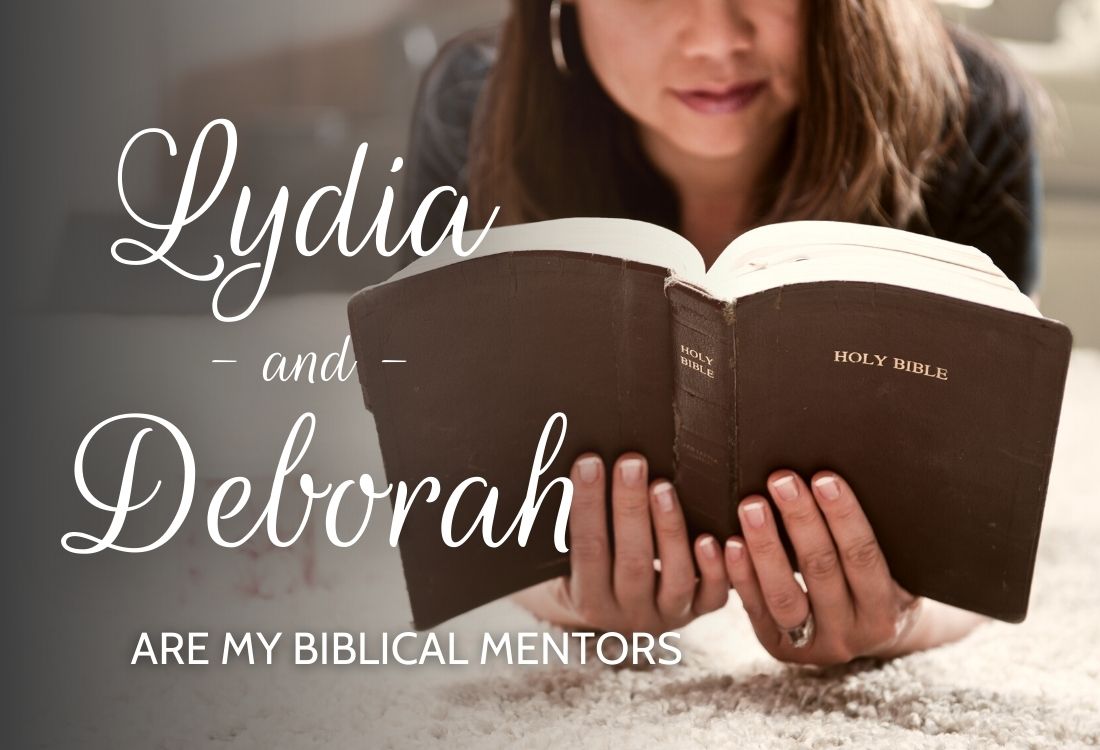 A woman with an entrepreneurial spirit who made her way in the business world during New Testament times. What an accomplishment! She was a hard worker and determined but also kind and hospitable.

Spiritually, she was a truth seeker and open to learning from others. Although rich, she spent her time in spiritual pursuits rather than worldly activities. She offered shelter to Paul and company when they visited her town of Thyatira.

This woman’s off-the-chart leadership skills allowed her to lead an army in Old Testament times! What an accomplishment. Admired and respected, she dispensed sound judgment and championed worthy causes.

Spiritually, Deborah was the only woman judge in the Old Testament. She was obedient to God’s direction, even risking her life to do so. She put her trust in God and fought injustice in the world.

Want to learn more about Deborah? Find her story in Judges 4 and 5. A couple of action-packed chapters. 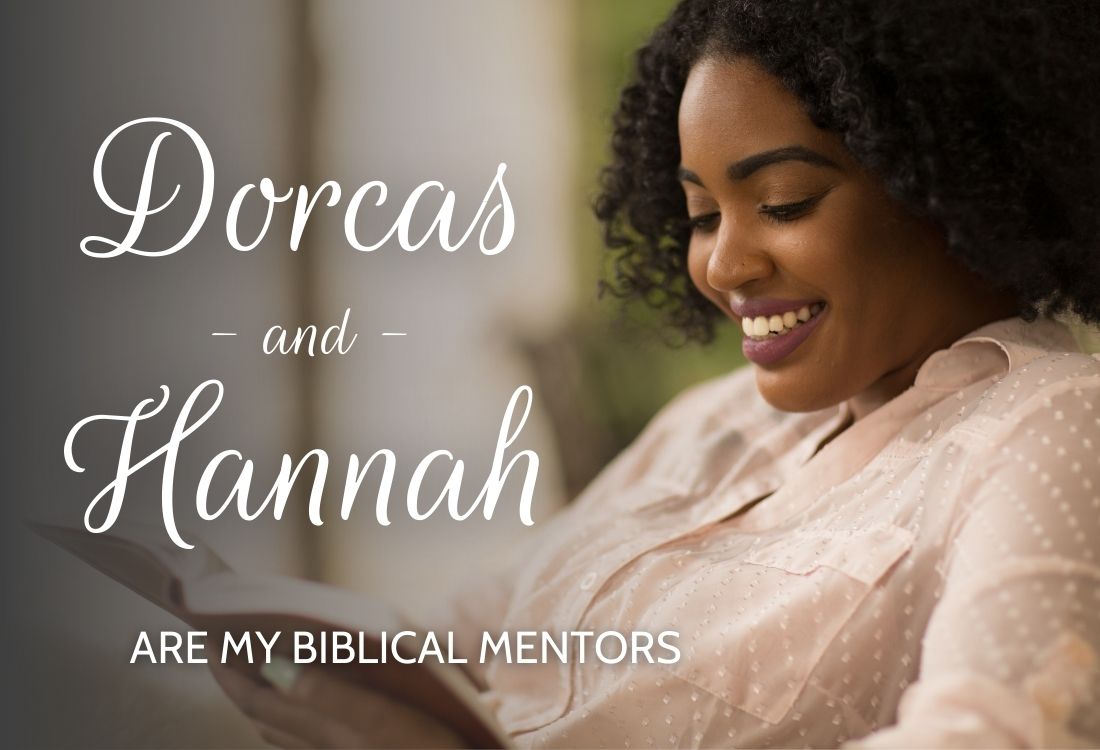 A talented seamstress who used her gift for charitable giving. You sensed she loved being female and enjoyed her friendships with women. Burdened by the poor and disadvantaged, she was respected and loved in her community.

Spiritually, Dorcas put her faith into action by providing clothes for the poor, especially vulnerable widows. She was also raised from the dead by the apostle Peter!

Want to learn more about Dorcas? Ever hear the saying quality is more important than quantity? That describes the biblical account of Dorcas found in Acts 9:36-42.

Motherhood was her calling and came naturally to this woman. Hannah did not seek conflict and was a woman of great integrity. Pure in spirit with a quiet and calm nature, she was sometimes depressed. However, she acted quickly to assure that melancholy didn’t become a way of life.

Spiritually, Hannah was a woman of prayer during a period of Israelite history when the people fell away from God’s ways. And no matter how difficult, she kept her promises to God. Like her predecessors Sarah, Rebekah, and Rachel she was afflicted with infertility. Unlike her ancestors, she handled her suffering with grace and dependence on God. 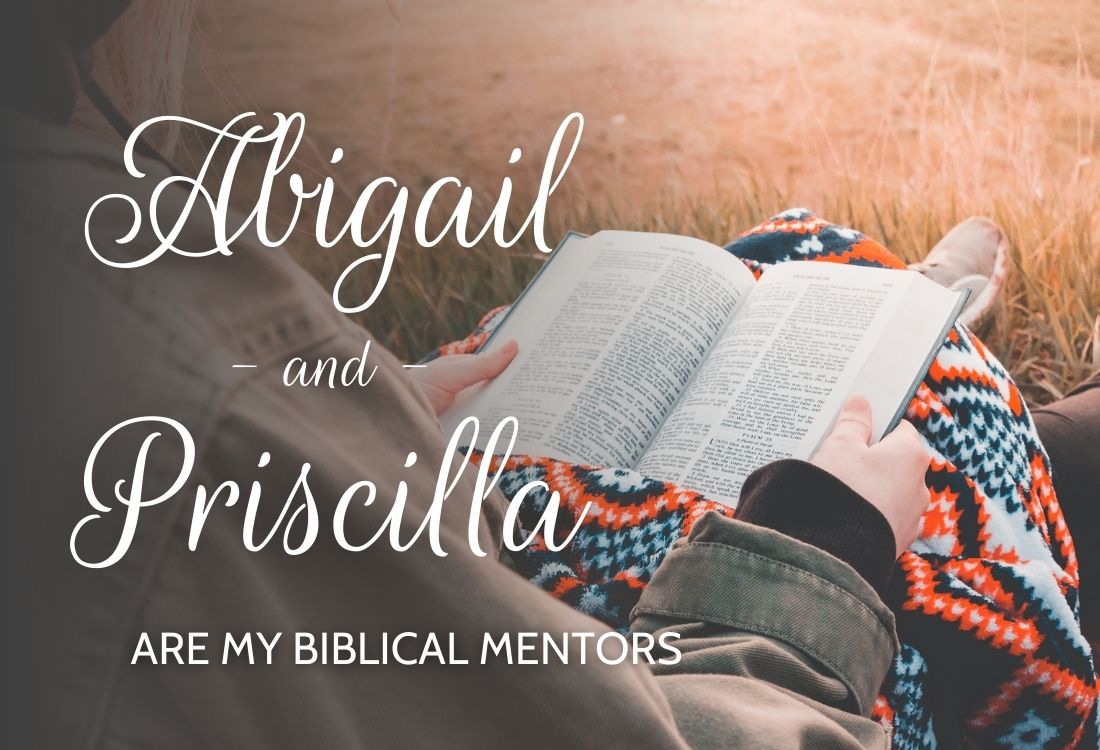 A sensible and capable woman, who was highly respected. She provided practical solutions to a host of individuals who came to her with both complex and simple problems. She was a survivor and handled difficulty with grace.

Spiritually, she lived honorably and followed where God led her in life.

An outgoing individual and constantly in motion. She was both a learner and teacher with a love to share truth with others. A working woman and devoted wife who was influential in her circles and had leadership abilities.

Spiritually, Priscilla was devoted to learning about Jesus. She was a friend to Paul and spent hours evangelizing despite persecution. She is never mentioned in the Bible without her husband, but in a biblical oddity, she is sometimes mentioned first showing her influence and leadership in this new and growing church.

Want to learn more about Priscilla? The biblical account is found in Acts 18:1-28. 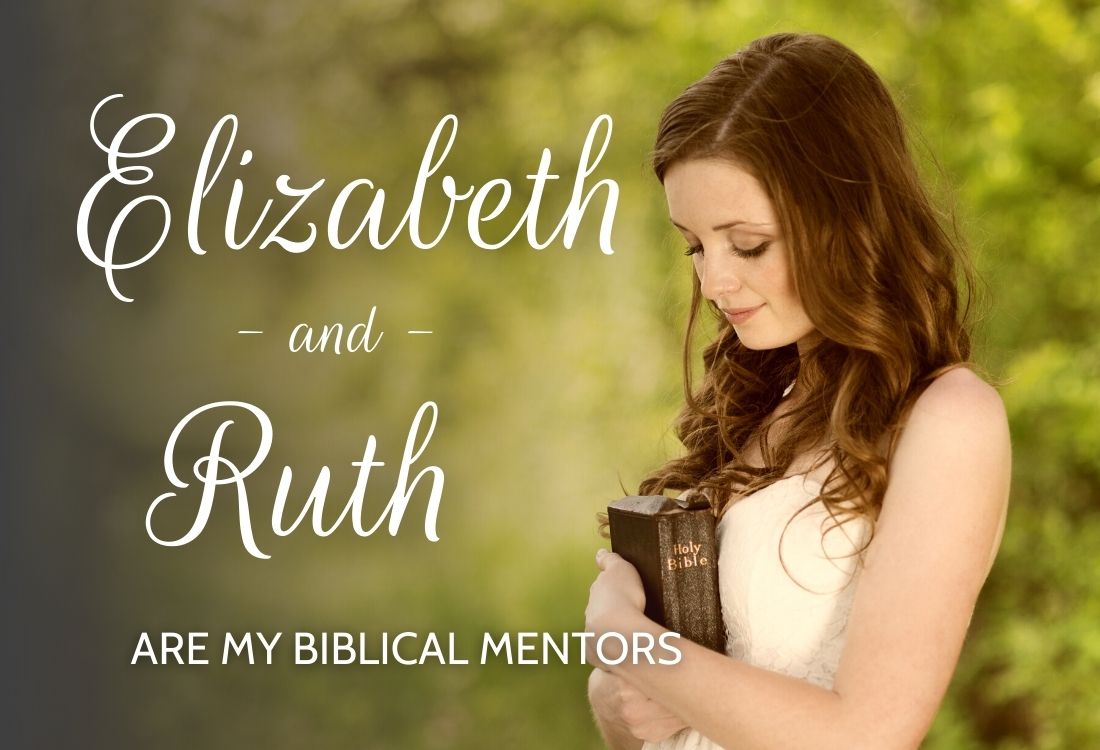 This woman had unique insight into life and maintained an optimistic attitude. A gracious and hospitable individual not given the credit she deserves for her patience, strength of character, and virtuous life.

Spiritually, she accepted God’s will, even when it was difficult. Elizabeth was a mentor to young Mary (the mother of Jesus) and the first (other than the parents) to recognize that Mary carried the future Messiah.

Want to learn more about Elizabeth? Her biblical account is found in Luke 1:5-80.

Always up for an adventure and willing to try something new. Admirable characteristics included loyalty and standing by her convictions. She was a hard worker and withstood pressure with grace and dignity.

Spiritually, Ruth was a faithful convert to Judaism. Her pagan background didn’t stop her from seeing that the God of Abraham was the one true God. She was a widow at a young age but was willing to leave her home and travel with her mother-in-law to Israel where she followed their traditions and religious rituals.

Want to learn more about Ruth? Well, she is one of two women who has a book written about her in the Bible. See the book of Ruth in the Old Testament. It reads like a romance novel. You will love it. 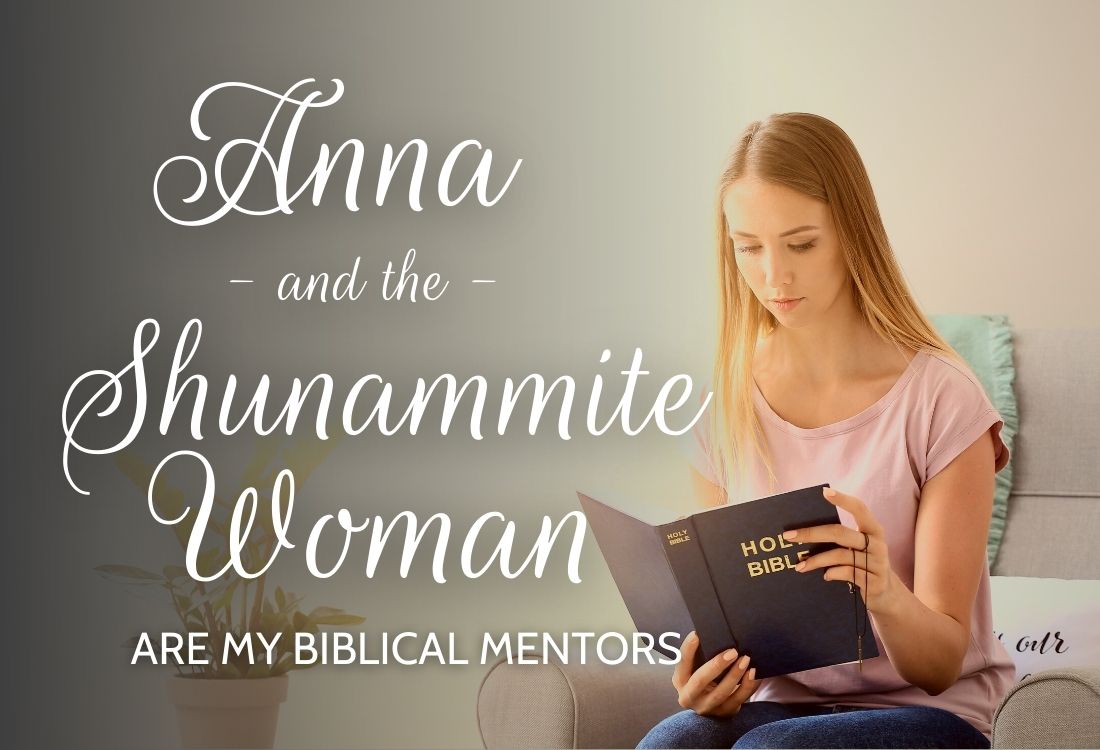 She probably had dreams of a family. However, after seven years of marriage her husband died, and she was left without male protection in a patriarchal society. However, this woman didn’t wallow in bitterness but found a new life in the Temple awaiting the Messiah. Materialism or climbing the social or corporate ladder wasn’t her thing. She was patient, humble and expectant. A woman to be admired and followed.

Spiritually, Anna stayed at the Temple day and night fasting and praying. Luke called her a prophetess. When Mary and Joseph arrived at the Temple for Jesus’ purification service the Holy Spirit must have given her special insight to know this was the Messiah she had been waiting for all her life. Amos 3:7 says, “Before the Lord God does anything, He tells His plans to His servants the prophets” (NCV). Anna was the first prophet to proclaim Jesus as Christ.

Want to learn more about Anna? Her biblical account is found in Luke 2:36-38.

Most likely a woman of wealth and influence in her community. She recognized Elisha as a ‘man of God’ and opened her home to him for rest and relaxation as he traveled. She even prepared a separate room for him. Like so many women in OT times, she also suffered with infertility. However, like Anna, there seemed to be no bitterness. She continued on with her daily life being a leader in her community, making her home an inviting place, and showing kindness to others. She was also a woman of judgment, decisiveness, and confidence. No drama or hysterics either. She handled crisis with admirable calmness.

Spiritually, this woman had a strong faith. Knowing God spoke through Elisha she believed when he said she would have a child and also trusted God when her son died. Later in her life she obeyed God through Elisha and left her home and wealth to live in enemy territory for a while.