CAROL YOUR WAY THROUGH CHRISTMAS

Carol your way through Christmas? What does that mean? Well, it is said that music soothes the soul.

Okay, you don’t believe me. Well music, like exercise, increases oxytocin and seotonin levels which are mood boosters. Other benefits are reducted anxiety and feelings of calm.

In other words, if you carol your way through Christmas it may reduce: 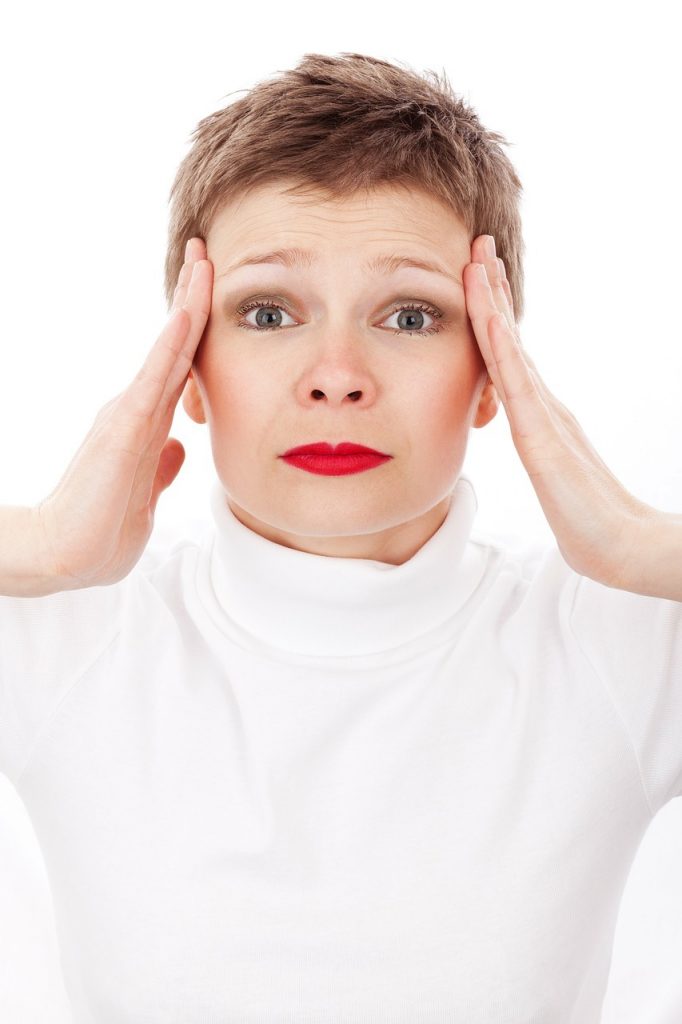 Unfortunately, all this activity can be stressful. Additionally, we create stress by trying to make the day “perfect.” Don’t let perfection ruin your holiday and time with your family.

Soothe yourself with some music and learn more about the reason for the season all at once. After all carols tell the Christmas story in a beautiful way, therefore this blog looks at the birth of Jesus through a few of the beautiful and traditional songs of Christmas. 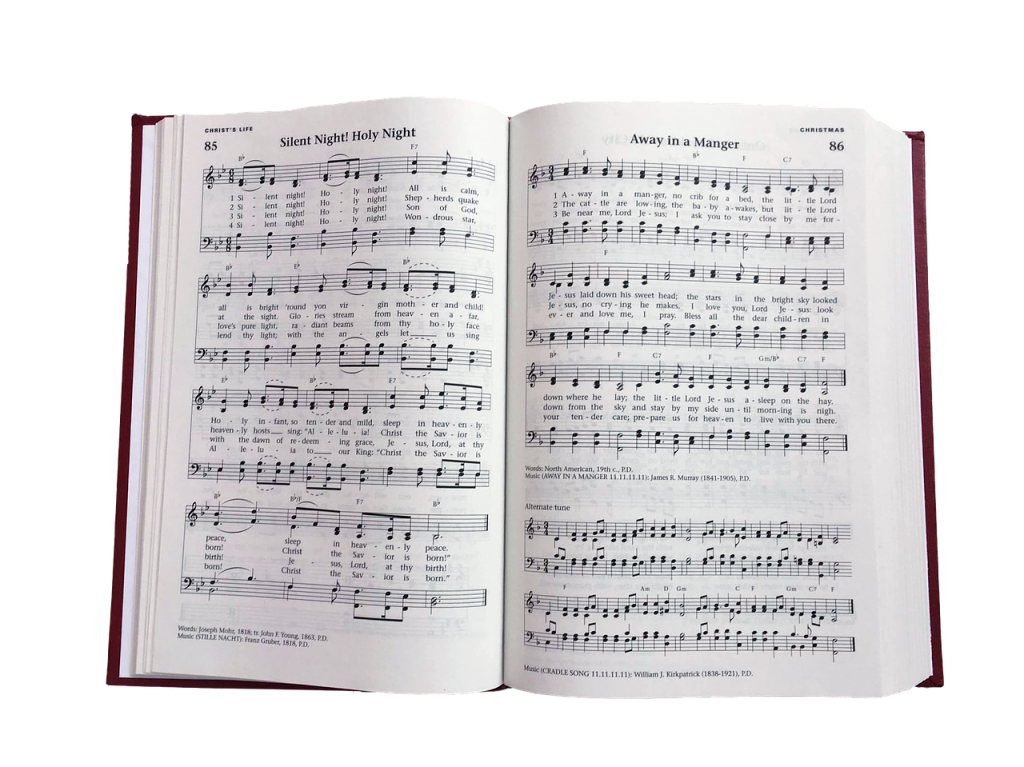 Because of family schedules, everyone gathers at our house Christmas afternoon and we open gifts after dinner. Prior to the paper flying, we spend a few minutes reading a Christmas devotion in the hope that it directs everyone’s thoughts (especially the grandkids) to the reason for the season.

This year I hope to spend time learning the meaning, lyrics, and history of a few of the popular carols. Hopefully, this exercise will offer a fresh perspective and insight into Christmas; additiionally, I hope our crew sings a carol or two.

Bethlehem a romanticized town for sure. Small just like the carol, probably around 1000 or fewer people during Jesus’ time. Today 20 – 30 thousand people live there.

Turmoil and strife are commonplace in this little town, as a result, different countries controlled the city throughout its history. Although recognized as a nation in 1948, Israel didn’t include Bethlehem until after they won the Six-Day War in 1967, subsequently, control of the city was ceded by Israel to Palestine per a 1995 peace agreement. Sadly, Jesus’ birth city is only 40 % Christian, with a majority of the population being Muslim.

Bethlehem may be small, however, it played an important role in Biblical history.  Jacob (the father of the twelve tribes of Israel) made a trip to Bethlehem when Rachel’s labor began, and she died giving birth to Jacob’s twelfth son. Consequently, Jacob buried his favorite wife close to Bethlehem.

Ruth (a Moabite and ancestor of Jesus and David) met her future husband Boaz. (Ruth 2: 1-5) in Bethlehem. Moreover, it is King David’s birthplace (hence the reason Mary and Joseph were there for the census) and where Samuel anointed David to succeed Saul as king of Israel. (1 Samuel 16:1-13)

Mary and Joseph were Jews raised in faithful homes, therefore, they understood Bethlehem’s rich history and its role regarding the Messiah’s birth. (Micah 5:2-5) However, I doubt the exhausted couple was thinking about that when they entered the city.  After all, they had just traveled 8-10 days (80 – 100 miles) and Mary was in labor, therefore, I’m sure they saw Bethlehem as a welcome respite – that is until the disheartening news that the inn was full.

CAROL: JOY TO THE WORLD

Jesus was coming! (Luke 2:6) I wonder if a midwife was available or did Joseph deliver the child? Was it a difficult birth?

No one can fully understand Mary’s perspective since she loved Jesus as her son and as the Messiah. Despite her concern for this special child’s future, she probably felt joy as she snuggled with her firstborn child.

Sing this carol with enthusiasm for Christmas is a time of joy. 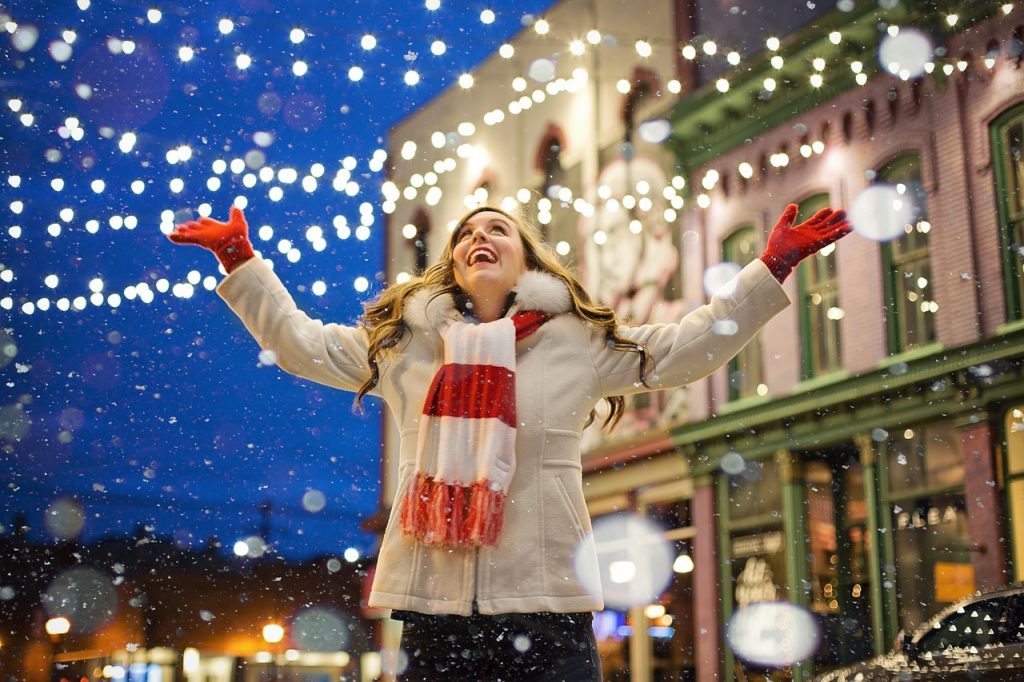 CAROL: AWAY IN A MANGER

The carol says Jesus didn’t cry; hopefully, that is true for Mary’s sake. After all, the long arduous trip was exhausting enough without delivering a baby upon arrival.  Notwithstanding our births in a sterile hospital or birthing center with comfortable beds, assistance, and drugs, we are still exhausted.

Then there is the setting. Regardless of how quaint our nativity sets are in our homes, this young family most likely was in a cave where the guests’ animals were kept. One hint is that the Bible tells us that Mary laid Jesus in a manger, which is a feeding trough. (Luke 2:7)

Don’t you wonder why God gave Mary this call but didn’t provide a room at the inn, and furthermore, why was she using an animal feeding trough for a bed?

The Bible doesn’t tell us what Mary and Joseph were thinking, but we know they were faithful and trusted God. Surely our loving Father walked with Mary and Joseph that night providing special comfort to endure the hardships they encountered.

CAROL: ANGELS WE HAVE HEARD ON HIGH 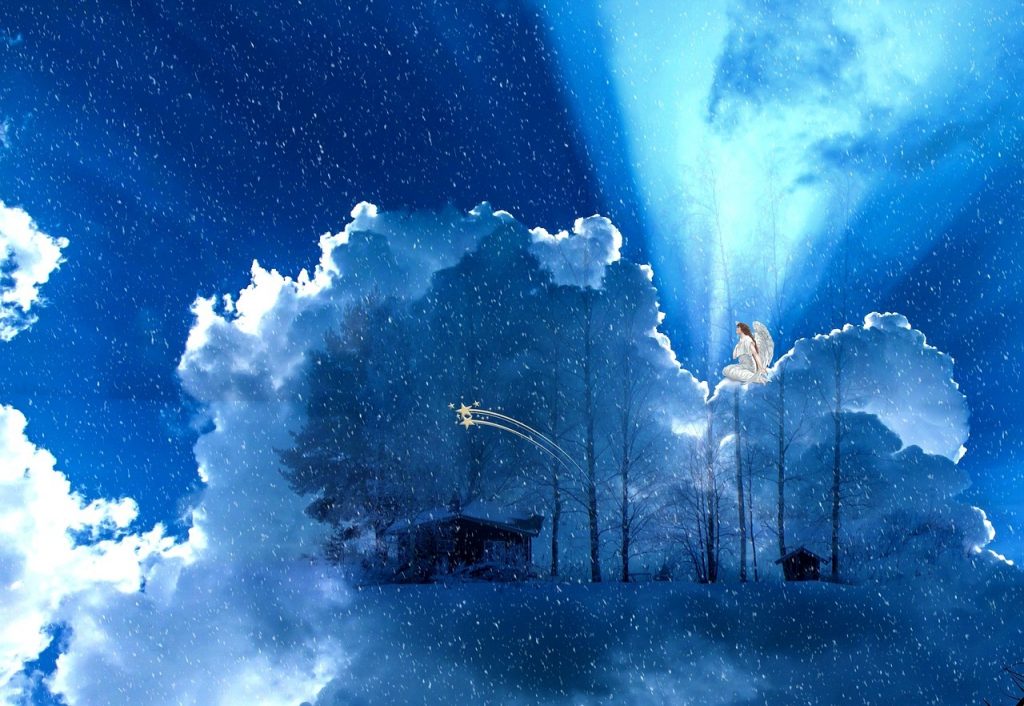 This carol tells us the angels sang, but read Luke 2: 8-15 closely. It never states the angels sang, however, they praised God and told the shepherds where to find the Messiah. It is interesting to note that the angel told the shepherds that they could recognize Jesus by this sign: a baby in swaddling clothes lying in a manger. I think it was typical to wrap babies in swaddling cloths- they still do today. So how was this a sign? The feeding trough was an unusual bed!

In too much awe of what they saw, the shepherds didn’t seem to question why the Messiah was in a manger. Instead, they went to find him Him and rejoiced at the revelation, praising God when they returned to their flocks.

Like the shepherds, we should sing this carol with praise in our hearts, even when we return to our regular humdrum lives with the sheep. 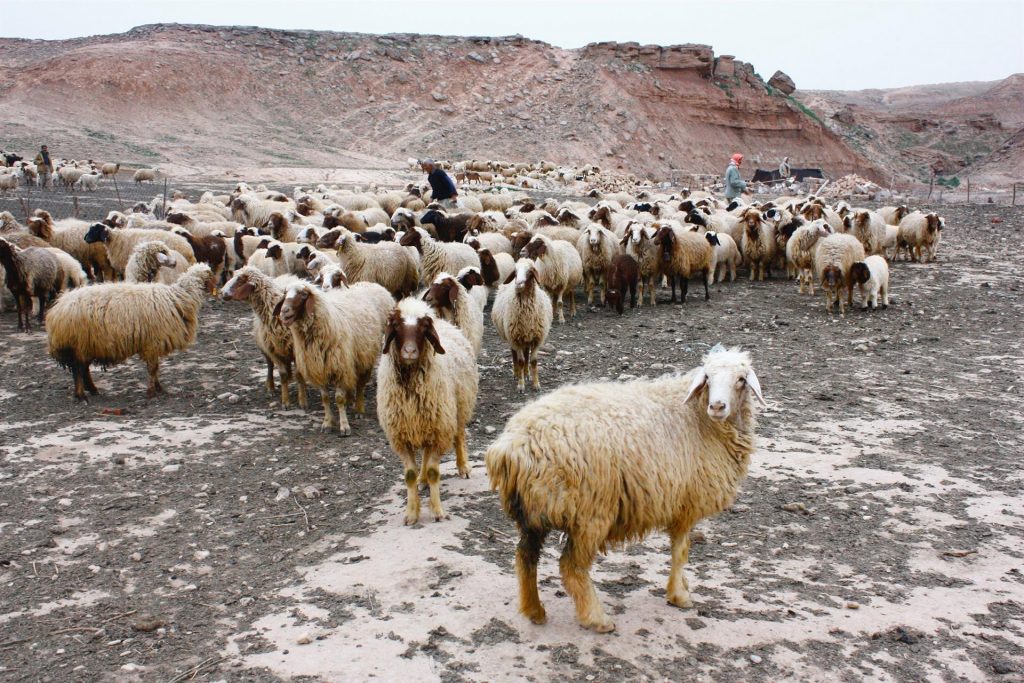 Silent? Probably not.  This sleepy town was bustling when Mary and Joseph arrived. After all, many people arrived for the census decreed by Roman Emperor Augustus. (Luke 2: 1-5) Today when people go out of town they often shed the constraints of being at home and spend time partying. I bet it was no different then. Additionally, there was a visit from shepherds exclaiming a fantastic tale of angels.

After an exhausting delivery, Mary was probably up all night caring for and feeding her newborn son, while thoughts whirled in her head about all that happened, thinking about the future, and praying fervently for Jesus.

This carol says all is calm. I have to say no to that.

CAROL: I WONDER AS I WANDER

Luke 2: 21-24 tells us that Mary and Joseph followed the Jewish customs. Circumcision on day eight, additionally, His parents arrived at the Temple forty days post birth to make the purification offering.

On day forty of Jesus’ life, the Holy Spirit led Simeon to the Temple to fulfill a promise that he will not die until he saw the Messiah. (Luke 2: 25-26)  Despite Simeon’s peace, he had tough words for Mary, including that many would oppose her son and a sword would pierce her soul.

CAROL: GO TELL IT ON THE MOUNTAIN

While talking with Simeon a prophetess named Anna came along. It is interesting that the Bible doesn’t say that Anna spoke to the couple or admired the baby. She simply began to praise God. The Spirit must have told her who she had just seen and she wanted everyone to know that the Messiah had come. (Luke 2: 36-38)

Take Anna’s example and follow the message of this carol. Tell the world about Jesus.

Matthew 2: 1-12 records the account of mysterious men guided by a star to Jesus’ place of birth.

Little is known about these men, except there were three gifts and they came from the east traveling a long distance to see Jesus. By the time they arrived Jesus was living in a house with his parents.

These foreigners were joyful when they found the child. All wise men rejoice when they receive Jesus into their lives. Unlike most of us, they did not seek Him to ask for blessings or favor. Instead, they came to worship Him and brought gifts of gold, frankincense, and myrrh.  For more information about these gifts click here.

Herod’s paranoia got the best of him and he tried to use these important men to find Jesus and kill Him. Of course, it didn’t work. Jesus had much to do before he died for our sins. Warned by God to avoid Herod, the men traveled a different route home.

HISTORY OF THE WISE MEN

The fact that this group got the attention of Herod leads us to believe it was a large group of wealthy men. Probably well educated, but were they kings, Jews or Gentiles? Perhaps descendants of the Jews who were exiled when Israel was conquered. Could they have been astronomers who studied the stars and ancient manuscripts? Perhaps God intervened in a miraculous way to speak to these men about this special birth. Some believe that they represented the world bowing down to Jesus.

Hope you find some time during the holiday to share this perspective on the Christmas story with your family. Maybe you can even convince them to sing!   Also, share your favorite carol in the comment section below!

Also, if you are new to the site, click on the heart and subscribe. I never share emails, nor will I inundate you with messages. You will receive a free gift when you subscribe!

One last note, click here to read a story that blessed my heart at Christmas time.

Hope you have a Merry and Blessed Christmas!  Don’t forget to comment below!